I woke up and checked that Randy was still alive (sometimes it’s hard to tell.. even if he’s awake). After poking him with a walking pole and getting the usual pleasant response I realised all was good and we got ready and went for coffee. Randy was having a rest day so we said our goodbyes (many tears were shed) and Ama and I hit the trail. 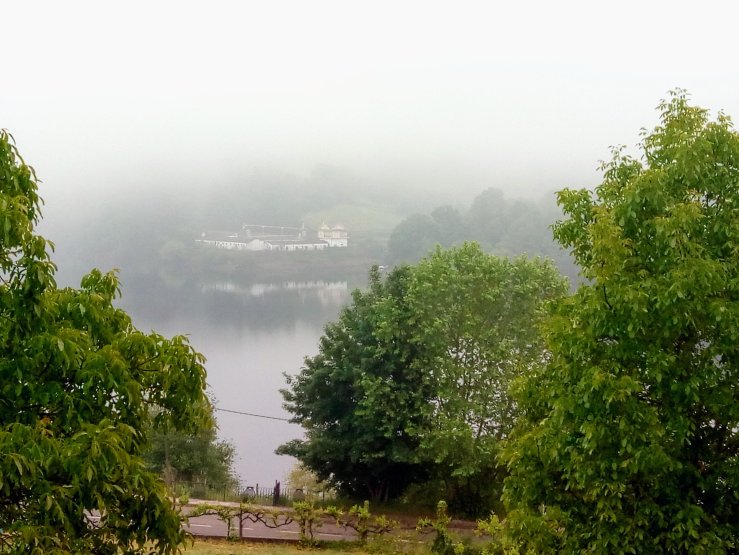 Another misty start found us climbing for around 9km to the highest point of the day. Although it was mostly uphill the gradient wasn’t too severe and it was mostly a comfortable slope.

I was considering a half day, 15 or so km would be fine and same tomorrow would give Randy a chance to catch up so that we could hit Santiago together. However due to the massive influx of walkers since Sarria and the lack of room in the small albergues along the way we ended up doing a full stage of around 24km (I think?)

2km short of our destination and the weather began to change. Earlier in the day the mist had burnt off and the day had been warm and sunny. However with under an hour to go until we reached our destination the dark clouds rolled in over the surrounding hilltops and rumbles of thunder echoed in the distance. 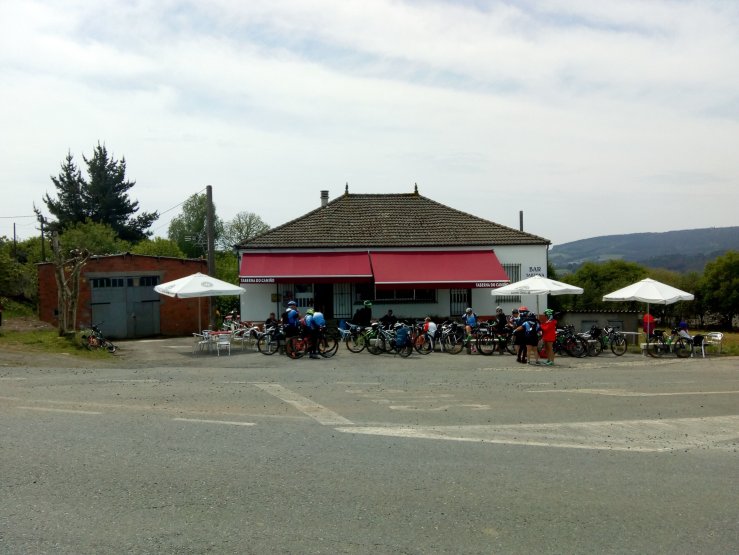 Ama and I upped our pace and were less than a km from Palas del Rei when the rain started. We had seen this last night.. Thunder, a few dark clouds and then a downpour of biblical proportions, and it looked as though we were going to be caught in this storm which would no doubt soak us and our gear before we could get to safety.

Amazingly we the rain held off, In front of us the sky was black, lightening flashed across the darkened sky and we were walking straight toward it but we were somehow avoiding the deluge.

We nearly jogged the last few hundred metres into town and found an albergue with beds to spare… Within 10 minutes we were sat at a bar with a drink and we watched as the heavens opened and drenched those who were less fortunate than ourselves. Other pilgrims who had been behind us had been caught by the storm and were coming into the town soaked from head to toe.. with my compassionate soul I decided better them than me and took a selfie with Ama to celebrate our dryness. 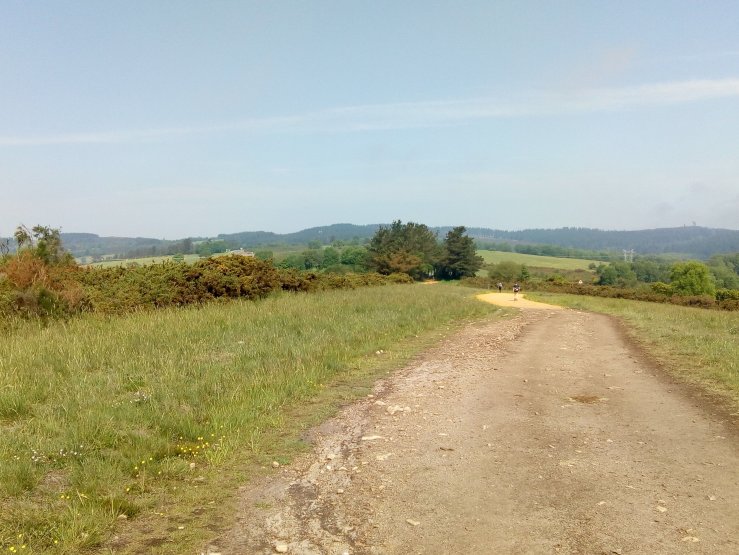 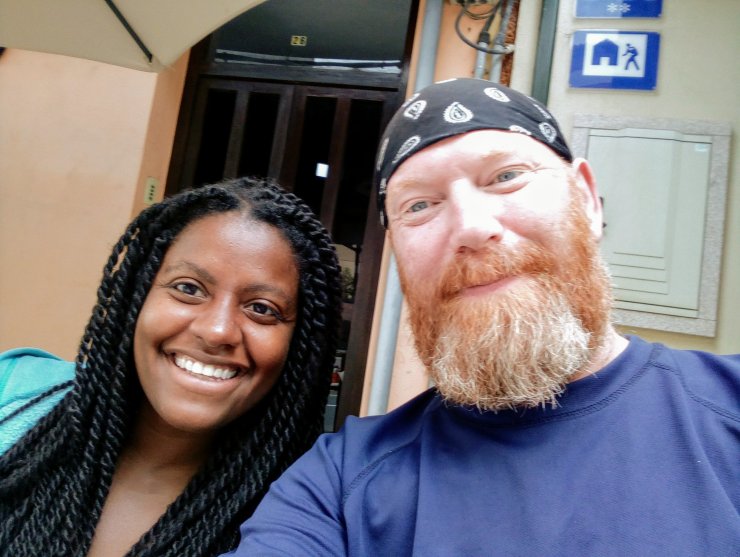 So tomorrow is definitely a half day seeing as I did a full stage today.. I assume Randy is fully rested and is chomping at the bit to get moving so he’ll hopefully catch me in no time.

Under 70km to Santiago.. it feels both weird and sad just saying it out loud..